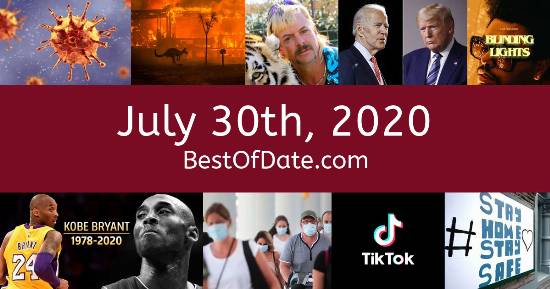 Donald Trump was the President of the United States on July 30th, 2020.

Boris Johnson was the Prime Minister of the United Kingdom on July 30th, 2020.