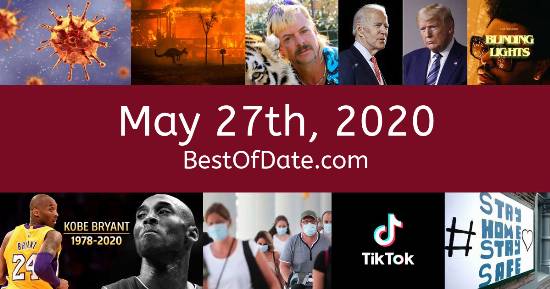 Notable events that occurred around May 27th, 2020.

Donald Trump was the President of the United States on May 27th, 2020.

Boris Johnson was the Prime Minister of the United Kingdom on May 27th, 2020.